TOURISM IN THE ASIAN CENTURY: SHOCKS AND OPPORTUNITIES
Singapore 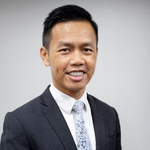 Chief Executive at Singapore Tourism Board

Keith assumed the appointment of chief executive of the Singapore Tourism Board on 29 October 2018.

From 2014 to 2018, he served as the deputy secretary (policy) in the Ministry of Defence, where he strengthened Singapore's international defence partnerships, led MINDEF's longer-term strategic planning and guided MINDEF's strategic communications and public engagement efforts.

From 2011 to 2013, Mr Tan was senior director of the Public Service Division's PS21 Office, and concurrently held the appointment of institute director in the Institute of Governance and Policy at Singapore's Civil Service College. Mr Tan also served in the Ministry of Trade and Industry (MTI) as director of the Economics and Strategy Division (2008 - 2010) and the Foreign Economic Policy Division (2010 - 2013). From 2010 to 2013, he led Singapore's Free Trade Agreement (FTA) negotiations with the European Union, and also served in the negotiating team for the Trans-Pacific Partnership.

Mr Tan graduated with highest honours in English and comparative literature, and a certificate in Russian studies, from Princeton University. He also has a master degree in management from the Peter Drucker School of Management, Claremont Graduate University.

He was awarded the public administration medal (silver) in 2017. Mr Tan is married with four children. 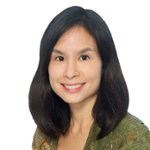