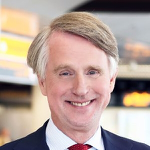 Dirk Anne (Dick) Benschop is President & CEO of Royal Schiphol Group, Non-executive member of the Board of Directors of Brisbane Airport Corporation PTY Ltd and Non-executive member of the Board of Groupe ADP (Aéroports de Paris).
He joined Schiphol Group in May 2018 from Royal Dutch Shell where his most recent position was VP Non-Operated Ventures Shell International.
Dick was born in Driebergen-Rijsenburg, the Netherlands, in 1957. He studied History at the VU University in Amsterdam, and worked in various functions in the Dutch Parliament and in the Dutch Labour Party.
In 1994, Dick founded and worked for his own consultancy firm before returning to politics in 1998-2002 as deputy Minister for Foreign Affairs in the Dutch Government.
Dick Benschop joined Shell in 2003 and worked for Shell Energy Europe before moving to Kuala Lumpur in 2006 overseeing the Gas & Power business in Malaysia. In 2009, he took up the role of Vice President Strategy for the Royal Dutch Shell Group. From 2011 to 2016, he was President Director of Shell Netherlands.
Dick lives in The Hague, is married to Elisabeth and they have three children. 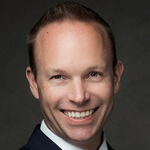 Based in Dubai, Tim is responsible for leading hotel operations and delivering business growth and profit across the group’s largest area, with more than 90 hotels in operation and over 80 hotel projects in the development pipeline. As a young and dynamic hotelier, Tim brings a level of knowledge, skills and experience, which are critical to Radisson Hotel Group’s expansion plans and strategic operations across the Middle East and Africa.
A British national, Tim has been with Radisson Hotel Group since 2003 and was appointed Area Senior Vice President for the Middle East & Africa in 2017.
He began his progressive career in the UK where his first General Manager's position was at the Radisson Blu Hotel, Manchester Airport which, at the time was Radisson’s largest hotel in the UK and where he successfully positioned the hotel in Radisson's top 20 performing hotels worldwide. He went onto hold leadership positions in two of the group’s key properties in London, Radisson Blu Portman Hotel and Radisson Blu Hotel Stansted Airport.
He briefly left the group to become General Manager of the Cumberland Hotel in London, before returning as the General Manager of the Radisson Blu Hotel, Dubai Deira Creek. In 2015, he was promoted to Regional Director Middle East & Turkey.
Tim holds a degree from Nottingham Trent University in Mechanical Engineering and Design and Technology, including qualified teacher status. In 2006, Cordon entered the British Hospitality Hall of Fame, with the Alpha Forum Prize – “Young manager” award. He was recently acknowledged by Hotelier Middle East as no.5 in their “Power 50” hotelier list. 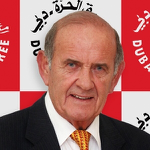 Colm McLoughlin is from Galway and he began his retailing career in London in the 1960’s working for the popular high-street chain of Woolworths, before moving back to Ireland to work for Shannon Duty Free. As General Manager of Shannon Duty Free, Colm was one of a team of ten from Aer Rianta (the Irish Airport Authority) who moved to Dubai in 1983 at the request of the Dubai Government, to set up Dubai Duty Free.
Following the successful opening of Dubai Duty Free in 1983, Colm was asked to remain as General Manager of the start-up operation, which in its opening year had a turnover of US$20 million. Colm later became the Managing Director of Dubai Duty Free, which is one of the leading airport retailers in the world with sales turnover of US$2.029 billion in 2019. Employing over 5,500 staff, Dubai Duty Free is widely regarded for having set the benchmark for the duty free industry in the region.
In July 2011, Colm was named Executive Vice Chairman and CEO of Dubai Duty Free and its subsidiary businesses, which include The Irish Village Bar and Restaurants in Garhoud, at Dubai Parks and Resort and at Dubai Studio City, The Century Village complex and the Dubai Duty Free Tennis Stadium, home to the Dubai Duty Free Tennis Championships. Colm’s remit also includes the Jumeirah Creekside Hotel, which is owned and developed by Dubai Duty Free and is managed by the Jumeirah Group.
Dubai Duty Free has been a recipient of over 700 awards presented by international, regional and local entities, which bear testimony to its retail success.
On a personal level, Colm McLoughlin has received many top awards which reflect his outstanding leadership qualities. These include the Dubai Government Excellence Awards in 2000 as the Most Distinguished Employee Award, the first non-UAE National at the time to receive this award. In 2017, Colm was presented with the “Lifetime Achievement Award” from CEO Middle East Award and the Gulf Business Award for “Retail Business Leader of the Year” for the second consecutive year. In addition, Colm was conferred with an Honorary Doctorate by the Middlesex University Dubai, for his contribution to UAE society and his outstanding service to the aviation sector as a key player in the region’s retail sector.
In 2019, Colm was awarded with two Lifetime Achievement Award, from the Asian Business Leadership Forum (ABLF) Awards and at the Middle East Hospitality Awards.
Significantly, on 1st June 2019, McLoughlin celebrated 50 years in the duty free industry.
A keen philanthropist, Colm established the Dubai Duty Free Foundation in 2004 and since then has supported 101 local and international charities.
A single handicap golfer, Colm is the former Captain of the two golf courses in Dubai: the Emirates Golf Club (1995/1996) and the Dubai Creek Golf & Yacht Club (2007). He is the only person to have held both captaincies. A keen squash player, Colm also holds a private pilot’s license for light aircraft.
Colm is married to Breeda and has three adult children and two grandchildren. His son lives in Dubai while his two daughters and grandchildren live in the UK. 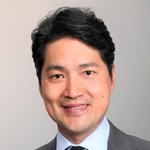 Akira brings over 30 years of experience in the aviation industry and has held multiple leadership roles within the company, including his previous role as VP of Products and Services. Akira has been named one of Asia’s Best Marketer and is recognized as one of the 50 Most Influential Global Marketing Leaders. He currently serves as an advisory board member of the CMO Council for Asia Pacific, and a member of APEX (Airline Passenger Experience) board of directors. Akira is also author of a book on Japanese corporate groups. 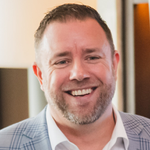 Robert is the Director of the Economist Corporate Network based in Dubai and covering the MENA region. Robert works closely with network members to help inform their business strategies through political, economic and operational insight and to connect them with their senior leadership peers.
Robert is a business journalist, editor and publisher with nearly 25 years of experience covering a wide variety of sectors, including hospitality, retail, construction, energy and transport, and a particular interest in human capital management.
He is an accomplished event chairman, moderator and speaker.
Robert completed an MBA at the University of Leicester School of Business in 2012 and holds a Bachelor's degree from the University of Nottingham.