What will this mean for Asia's economies?
Hong Kong

If you have any questions please contact Mabel Chang at ecn_hongkong@economist.com or +852 25853831. 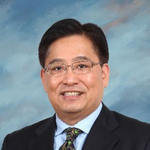 President of China and Senior Vice President at FedEx Express

Chan is responsible for the overall tactical planning and administration of the strategically important China region, headquartered in the booming city of Shanghai. The ever-changing dynamics of this market demand strong leadership familiar with the intricacies of the region.

Since joining FedEx as an Account Executive in Hong Kong in 1985, Chan has developed an impressive breadth of experience from his roles in many divisions. After being promoted to station manager in Hong Kong, Chan moved into sales again. He started out as a District Sales Manager in Hong Kong, and eventually became Managing Director of Sales for the Mid-Pacific region. After moving back into operations, serving as Managing Director of Operations for FedEx Taiwan, Chan became Vice President and General Manager of China and later Regional Vice President and General Manager of China and Taiwan, eventually adding the whole mid-Pacific region to his domain.

Chan’s commitment to international economic development in China has been rewarded with numerous honors. Chan currently serves as an International Senior Economic Consultant of the People’s Government of Shaanxi Province. He has served as a consultant to the Shanghai World Trade Organization Consultation Center, the China Maritime Arbitration Commission and a Logistics Consultant to the Tian Jin Municipality Communication Commission. He has acted as a visiting professor at the University of International Business and Economy. In addition, he has served as Vice Chairman of 2018 AmCham Shanghai Board,Vice President of the China Federation of Logistics and Purchasing, and Vice Chair of Shanghai Express Industry Association.He is also a fellow member of the Chartered Institute of Logistics and Transport in Hong Kong. In 2011, Chan received the “Magnolia Award” from the Shanghai Municipal Government. In 2014, Chan received the “2014 CSR Innovator” award from CBN Weekly.

A Hong Kong citizen, Chan received a Bachelor of Arts in history from the University of Hong Kong. He also holds an Executive MBA from the Kellogg School of Management at Northwestern University in conjunction with the Hong Kong University of Science and Technology. 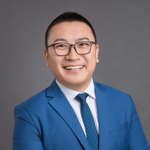 Joined A.P. Moller – Maersk Group as management trainee, Rex has accumulated his international career with commercial and financial leadership roles during his stint in Hong Kong, Australia, Russia, Finland, Baltics, and Mainland China. Prior to his current Asia Pacific Operations CFO role based in Shanghai, he was General Manager of Corporate Finance for Maersk Asia Pacific Region based in Hong Kong.

Being CPA and Chartered Management Accountant, Rex holds an MBA degree with distinction from The University of Manchester. He is graduate of Australian Institute of Company Directors, and has completed his executive studies at Oxford University and INSEAD. 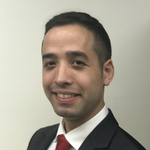 Nick is The Economist Intelligence Unit’s Lead for Global Trade. He has a particular focus on analysis tied to the US-China trade war, but is also responsible for The EIU’s views on international trade issues more generally, including on US-EU trade relations, supply chain developments in South and South-east Asia and topics around digital trade and globalisation. In addition to his role covering trade, Nick also concurrently serves as an analyst covering China, Taiwan and Macau.

Prior to joining The EIU’s Hong Kong office, Nick conducted trade policy research in Beijing with the US-China Business Council (USCBC), a US trade association. While at USCBC, he primarily covered the policy portfolios for the information and communications technology sector, in addition to monitoring regulatory developments related to China’s automotive, healthcare, manufacturing and consumer goods industries.

Nick holds a Bachelor of Arts in Foreign Affairs and Chinese Language and Literature from the University of Virginia, as well graduate certification from the Johns Hopkins-Nanjing University Center for Chinese and American Studies. 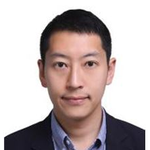 Born in Hong Kong, grew up in UK, and Bruce has spent the last 23 years of his life in Shanghai after graduation from University of Bath specializing in the Forwarding and Logistics industry.

Prior to JAS, Bruce has held various managerial positions in Panalpina and Damco (part of Maersk) for over 10 years. Among which in the year 2011, Bruce won the Honorable Entrepreneur Award from Shanghai PFTZ Committee.

In 2016, Bruce joined JAS as General Manager – Northern & Central China. He possesses a wide range of all-round leadership qualities delivering best practice management and was appointed as the Chief Operating Officer of JAS China in 2020. 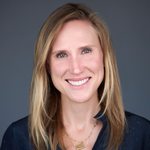 Mattie Bekink is responsible for the Economist Intelligence Corporate Network’s China strategy, including programme development and client engagement across China.

Ms Bekink has extensive experience in the public, private and policy sectors. Prior to joining The Economist Group, she was the Executive Director of the Fulbright Commission in the Netherlands. She also ran an eponymous consulting business, advising businesses, universities and non-profit organisations on China policy, strategy, public affairs, and CSR. Ms Bekink practiced law at Skadden, Arps, Slate, Meagher & Flom LLP, has worked with the US-Asia Law Initiative at NYU Law School and the American Bar Association Rule of Law Initiative China Program, and served in the legal department at General Motors China.

Ms Bekink has a BA in International Relations from Stanford University and a JD from the Georgetown University Law Center. 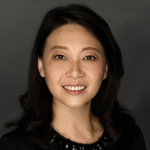 Anne Chiou is the Director of Economist Intelligence Corporate Network in Hong Kong. She engages top executives throughout Asia in providing key insights and industry knowledge on strategic issues central to business developments in the region.

Ms. Chiou brings extensive regulatory, business and policy as well as non-profit expertise. Prior to joining the Economist Group, she was Head of Programs for Business and Policy at the Asia Society Hong Kong Center. She also worked extensively with senior banking executives as a regulator at the Federal Reserve Bank of New York during the Global Financial Crisis, supervising large international banks. Ms. Chiou also worked in banking policy at the Hong Kong Monetary Authority as well as supervising financial market activity under the Securities and Futures Commission of Hong Kong. Ms. Chiou also formerly worked with multiple fintech start-ups, advising them of regulatory trends in Asia. Ms. Chiou has a BA in Philosophy, Politics and Economics from Pomona College and a Master in Public Policy from Harvard University.