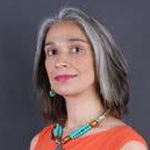 Rachel Morarjee is the Beijing Director of The Economist Corporate Network. She brings two decades of foreign news reporting experience in markets as diverse as China, Russia and Afghanistan to bear on assessing geopolitical risk as well as local market opportunities. She has advised both foreign multinationals in China and Chinese firms investing overseas on strategy. 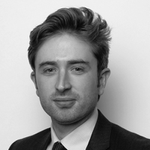 Tom heads The Economist Intelligence Unit’s research on China and manages a team of analysts based in Beijing, Shanghai and Hong Kong. He advises clients on political and economic developments in China, helping make sense of them for their business operations, and oversees The EIU's Access China service, which offers unrivalled analytical coverage of China’s provinces and cities. Tom and his team also play a central role in advising Chinese clients investing globally.

Tom has been based in Beijing since 2014, after joining The EIU in London in 2011. He has a history of engagement in China- and Asia-related research and analysis. He was a researcher in the UK Parliament, where he worked on the UK-China relationship, and has held roles with the China-Britain Business Council, Oxford Analytica and the Foreign Policy Centre. He previously studied Chinese at Peking University and held a research fellowship at its Institute of International and Strategic Studies, funded by the MacArthur Foundation.

Tom holds an MPhil in International Relations and a BA in Modern History, both from the University of Oxford. He has published on a range of subjects in relation to China’s political economy, both inside and outside The EIU. He is a frequent commentator in the international media and gives regular presentations to clients, as well as at external conferences and seminars. 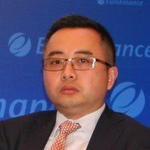 Editorial director of The Economist

Wu Chen is the editorial director of The Economist Global Business Review, which is based in Shanghai. Before that, he was the head of editorial (Asia-Pacific) for EuroFinance, part of The Economist Group, and the editor of CFO China, also an Economist Group publication. During his career in journalism, he has worked for BusinessWeek in Hong Kong, Bloomberg News in Singapore, and the international news department of Xinhua News Agency in Beijing. His July 2008 story on problems in manufacturing-sector transformation won a Society of Publishers in Asia award for excellence in business reporting (2009).

Mr Wu holds a master’s degree in Pacific international affairs from the School of International Relations and Pacific Studies at the University of California, San Diego, and a master’s in journalism from the E. W. Scripps School of Journalism at Ohio University. He earned his BA from Beijing Foreign Studies University.