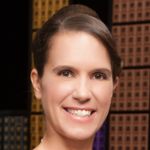 Brigitte Felber is the head of Nestlé Nespresso Korea. The coffee market in Korea is well established, but continues to have enormous potential. Nespresso is recognised locally for delivering a high quality product through innovative physical and digital channels.
Nespresso is recognised as transforming coffee culture and is the reference point for portioned coffee worldwide. The company employs more than 12,000 people globally and has sales in 64 countries.

Brigitte, a Swiss citizen, joined Nespresso in 2000 and has spent more than 10 years in Asia. As Regional Retail Manager, based in Singapore, Brigitte was charged with launching and developing the new markets of Hong Kong, Singapore, Korea and China. She then moved to Taiwan as Country Manager, where she oversaw the launch of Nespresso Taiwan and its subsequent expansion.

Brigitte is fluent in four languages and is an expert in enterprise resource planning and business development. Her background is in business excellence consultancy and ERP implementation. Brigitte holds a Swiss Federal degree in Business Information Technology.

Brigitte is committed to enabling Nespresso’s global strategy of sustainability – The Positive Cup – which aims to offer the highest quality and most sustainable portioned coffee in the world. 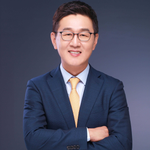 Youngjin Kim is an experienced government relations and public affairs professional with extensive background in media and an extensive network in Korea’s policy making community.

Youngjin started his career as a journalist, working for leading newspapers in Korea for over a decade, covering topics such as industry policy, economy, and finance.

He has an MA in Communications from Korea University School of Journalism, a Master's in Arbitration and Mediation at International Affairs School, Seoul National University, and a BA from Hankook University of Foreign Studies. 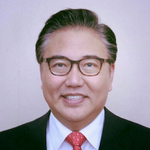 He served as the President of Korea Britain Society (2006-2016) and is currently serving as the Chairman of Korea-America Association. Previously, he served as a Presidential Secretary for 5 years in the Blue House (1993-1998) and a Member of National Assembly for 10 years (2002-2012) including a leadership role (2008-2010) as the Chairman of Foreign Affairs, Trade and National Unification Committee.

He graduated from the College of Law at Seoul National University, Kennedy School of Government at Harvard University, New York University Law School, and received a doctoral degree in politics from St. Antony's College, Oxford University. He is also a registered member of the New York State Bar. 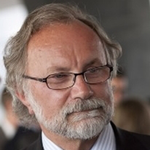 Ambassador at European Union to the Republic of Korea

Dr. Michael Reiterer is Ambassador of the European Union to the Republic of Korea since 2017. The EU Ambassador has previously held the position of Principal Advisor at the Asia and Pacific Department, European External Action Service (EEAS), Brussels, in charge of strategic and security matters. He also previously served as EU Ambassador to Switzerland and the Principality of Liechtenstein (2007-2011), Minister/Deputy Head of the EU-Delegation to Japan (2002-2006) and ASEM Counselor (1998-2002).

Before joining the EU in 1998 he was Minister-Counselor at the Austrian Permanent Representation to the EU/Brussels, Counselor at the Permanent Representation of Austria to the GATT, Co-chair of the Joint Experts Group at the OECD on trade and environment, WTO-panelist, Deputy Director General for European Integration and Trade Policy at the Austrian Federal Economic Chamber as well as Austrian Deputy Trade Commissioner to West Africa and Japan.

Michael Reiterer studied law at the University of Innsbruck (Dr. juris) and holds diplomas in international relations from the Johns Hopkins University/Bologna Center and the Graduate Institute of International Studies in Geneva. In 2005, he was appointed adjunct professor (Dozent) for international politics at the University of Innsbruck. Time permitting, he teaches at various universities and specializes in EU foreign policy, EU-Asia relations and interregionalism, areas in which he has published extensively. 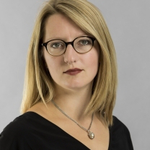 Seoul bureau chief at The Economist

Lena Schipper is Seoul bureau chief for The Economist. Previous to this role she worked as assistant news editor in London.

Before joining the paper in 2016, Lena was a freelance journalist in Beirut and a staff reporter on the business and economics desk of Frankfurter Allgemeine Sonntagszeitung, a leading German weekly. Prior to becoming a journalist, she worked as a researcher for the Organisation for Economic Cooperation and Development (OECD) in Paris, for the German Institute of International and Security Affairs in Berlin, and as a political-risk consultant for clients across the Middle East and Africa.

She studied Philosophy, Politics and Economics and International Relations at Oxford University. 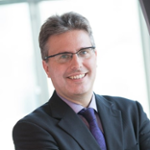