what can the sharing economy bring to Korea?
Seoul 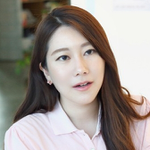 Ahyeon Elysia Lee is a vice president of Woozoo which started its business in 2012 as a social venture to provide affordable housing for young people in Seoul, South Korea. Woozoo was born to propose a solution to it with a form of social-housing in which the young can enjoy their lives in Seoul not only with more spaces shared but the sense of belonging to a community. Woozoo has been providing a new type of residential experiences for more than 5,000 people as opening its 130th branch by early 2020; which makes it the biggest and fastest growing coliving company in South Korea. It is targeting to expand to the global alliance initially focusing on APAC region and towards west; also construction of its own coliving-dedicated building of 240 units is in progress to present and establish new residential experience, community and culture in Seoul. With its vision, it is recently acquired by Zigbang, the biggest online real estate platform in South Korea.
Before joining Woozoo, Ahyeon worked as a consultant at Accenture following her passion to experience diversities in various industries and regions. The 13 cities she worked and lived includes a few East African ones such as Nairobi, Kenya which shows her consistent pursuit to expand her boundaries. Now she's focusing on her career to grow in start-up scenes while actively particiapting other social activies such as mentoring at JUMP, leading clubs at TREVARI and writing columns for Maeil Economy(매일경제). 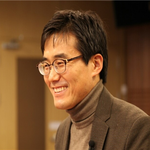 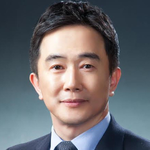 Mr. Yoon graduated from the Seoul National University College of Law and received a master’s degree in law from the University of Seoul. Mr. Yoon began his legal career as a judge at the Busan District Court in 1993, and had served as a judge at the Seoul Central District Court and the Seoul High Court, and a presiding judge at the Seoul Northern District Court for 21 years before he went into private practice in 2014. During his career, Mr. Yoon has served as an assistant administrator of KAFIL(Korea Association for Informedia Law) and an assistance administrator for some Research Group of the Supreme Court, such as the Research Group for Intellectual Property Right Laws, for the Research Group for Justice Informationization, and for the Research Group for International Standards in the Field of Intellectual Property Rights, and participated in the WIPO SCCR as the representative of the Korean government three times. In addition, Mr. Yoon worked in the task force team for the introduction of electronic procedure in the Supreme Court as the team head, and in the task force teams of the Ministry of Culture, Sports and Tourism for the Korea-U.S. FTA, Korea-EU FTA, and Korea-China FTA.

Mr. Yoon has served as the commissioner of the Personal Information Protection Commission and Korean Copyright Commission until 2014. At present, Mr. Yoon is serving as a member of the Content Dispute Resolution Committee, and Open Data Mediation Committee, and as a chairperson of the Advisory Board for the Development of Internet Search Service. Recently he was named a member of Open Data Stratedy Council, a Panelist of Internet address Dispute Resolution Committee, and the Broadcasting and Communication Policy Representative Committe of Korea Communication Commission. He is now the vice president of KAFIL and Blockchain Law Society 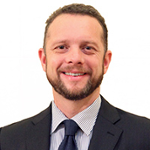 Andrew is the global Editorial Director of The Economist Corporate Network (ECN), the Economist Intelligence Unit’s briefing and advisory service for senior business leaders. He leads and supports a team of Network Directors (NDs) across Africa, the Middle East and Asia, and ensures that editorial consistency and quality are maintained to the highest level.

As editorial director, Andrew ensures that the values and standards of The Economist brand are upheld across all the networks and drives ECN editorial strategy through the innovation of new services and products.

Andrew joined the Economist Group in 2013 and prior to his current role, ran ECN in Tokyo (later North Asia) and South-east Asia.

Andrew provides members with insight and analysis on a range of topics related to ASEAN and the broader East Asian economy. He regularly chairs and moderates major Economist events, delivers custom briefings to senior executives (including Fortune 500 C-suite) and public figures (including heads of states) in his areas of expertise in the international media (BBC, CNN, CNBC, Channel NewsAsia, Al Jazeera).

Prior to joining The Economist Group, Andrew was an associate professor of international business at business schools and leading universities in the UK (University of Sheffield) and Japan (Keio University, Doshisha Business School and Globis University Graduate School of Management).

Andrew has published widely in his areas of expertise and his major publications include Responses to Regionalism in East Asia: Japanese Production Networks in the Automotive Sector published as part of the Palgrave Macmillan Asian Business Series and chapters in edited volumes including Asian Inward and Outward FDI: New Challenges in the Global Economy and popular textbooks including Asian Business and Management. He was also a Senior Editor for the internationally peer reviewed journal Asian Business and Management.

Andrew has an MSc in East Asian Business and a PhD in International Political Economy from the University of Sheffield, U.K., and was a Ministry of Education research scholar at Hitotsubashi University in Tokyo (2001-2003).