The Future Of Luxury and Hospitality
Tokyo 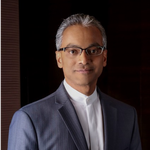 In a city of contrasts, Four Seasons Hotel Tokyo at Otemachi blends right in at the top. So, too, does Andrew De Brito. “I feel like a five-year-old, discovering something new from every angle, everyday,” he says, framing the property he now leads as General Manager and his own fascination with the city. “We’re in the perfect spot for guests to experience the best of Tokyo as we bring a freshness to the city.”

Malaysian by birth, De Brito entered hospitality in his hometown of Kuala Lumpur. His father wasn’t exactly thrilled with his career choice, “but I stuck to it,” he says. “The things that drew me then still do: The connection with people and places. I get enthused by the spirit of collaboration and achieving goals as a group.”

He has also always loved dining and drink and has spent quite a bit of time in Food & Beverage management through his long Four Seasons career. He chose that path because of the ability it gave him to create. “It has allowed me to be very dynamic and to work with a diverse group of people creating stuff that’s amazing. I like to think borderlessly – the sky was always limit in F&B.”

An avid reader, De Brito began his run in Tokyo by poring through a history of Japan. “History is always the first thing I read when I move to a new city: It immediately connects you to a place.” He is also excited about reading one of his favourite authors, bestselling novelist Haruki Murakami, while in Japan. “His books are perfect for the train. Ever since getting to Tokyo I do travel around a lot on trains. 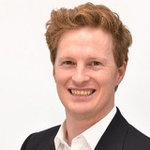 Felix Langenbach is CFO and head of business development at LVMH Japan. Prior to this role Felix held various leadership positions in leading consumer good and technology companies. Felix lived and traveled to several countries which led him to appreciate German cars, the Bayern Munich soccer team, French humor, the nature in California and Japanese food. Felix is energized by solving complex problems, is comfortable with ambiguity and gets his share of new experiences with 3 little kids at home. 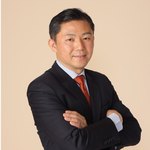