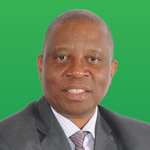 Herman Mashaba grew up in a small village on the outskirts of Pretoria during the dark days of
apartheid South Africa. Mashaba embraced independence early in life, having lost his father at the
age of two. When his studies were interrupted by state security forces during the struggle against
apartheid, Mashaba decided to pursue a career as an entrepreneur instead.
Over the ensuing decades he built a business empire that included companies in the cosmetics,
construction, real estate, retail, energy and financial services fields. His success earned him an
Honorary Doctorate in Business Administration from the Central University of Technology in 2013.
During this time, Mashaba also chaired the Free Market Foundation – a public benefit organisation
founded on classical liberal principles with the aim to promote and foster an open, democratic society based on the rule of law, personal liberty, and economic freedom.
In 2015, Mashaba decided that he was no longer satisfied with being an arm-chair critic and entered
politics as Mayoral Candidate for the City of Johannesburg for the DA, South Africa’s largest opposition party. In the historic election of 2016, Mashaba was elected as the Executive Mayor of a 7-party multi-party coalition government with a mandate for change. Mashaba stepped-back from corporate life in order to focus fulltime on leading the City government. He has received acclaim for his hands-on approach to service delivery, innovative partnerships with the private sector, and zero-tolerance for corruption and maladministration. His corporate approach to municipal governance introduced a new era in the City as Mashaba worked to turn the corner on the decay and deterioration that had become associated with Johannesburg. In doing so he won the hearts and minds of the City’s residents, who recognised his desire to serve the residents of the City and to get Joburg working. On the 21st of October 2019, Mashaba announced his resignation from the Democratic Alliance, and consequently as the Executive Mayor of Johannesburg, effective 27 November 2019. Shortly after his resignation he launched The People’s Dialogue on the 6th of December 2019, a platform to engage ordinary South Africans about the solutions required to fix South Africa and build a shared future for all its people. 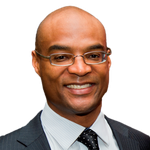